Trust your instinct – be part of World Day against Human Trafficking

Posted on August 1, 2016 by betterlivesleeds 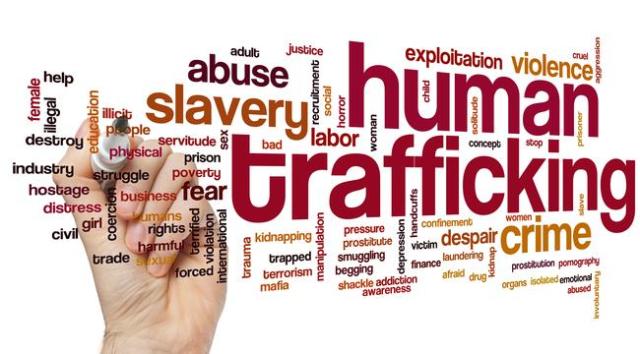 It is a shocking thing to realise but slavery still exists. Human trafficking is a form of modern slavery – a criminal industry that denies freedom to 20.9 million people around the world. And no matter where you live, chances are it’s happening nearby.  And, sadly, it is a growing problem.

Last year the number of victims identified in the county nearly tripled from 42 to 122. Outside of London this region is one of the worst in the UK at the time of writing.  But what can we do?  As part of World Day against trafficking in persons  Paul Seddon, part of Leeds City Council’s Resilience and Emergencies Team, tells us how we can get involved.

Paul says:  “We simply want you to trust your instincts.”

How do we do that?

“You spot something suspicious. You may brush it off as nothing. Then there’s the fear of getting involved. Perhaps you consider it none of your business or you don’t have the time…But what if, by doing nothing, you are condemning someone to a miserable existence as a slave?

What if it’s not just someone, but a group, of poor souls exploited and abused by vicious criminal gangs? It’s a chilling thought yet one we can all help to banish. By simply trusting your instinct and reporting your suspicions, you could spark a series of events leading to the rescue of many victims.”

Take a look at this film.

What should we be looking out for?

There are several signs; all of them are worth noting.

How do we report it?

Give as much detail as you can to the Instinct reporting line. It will be acted upon. Don’t be worried if it comes to nothing, it’s not a problem. Don’t think you’re wasting investigators’ time, you’re not. And you’re not being nosey either. Good Samaritans look out for others.

Health, social and age-related care services working together to make Leeds the best city for health and wellbeing
View all posts by betterlivesleeds →
This entry was posted in Awareness, Migrant, Safeguarding and tagged abuse, information, safeguard, safeguarding, Support. Bookmark the permalink.

This site uses Akismet to reduce spam. Learn how your comment data is processed.